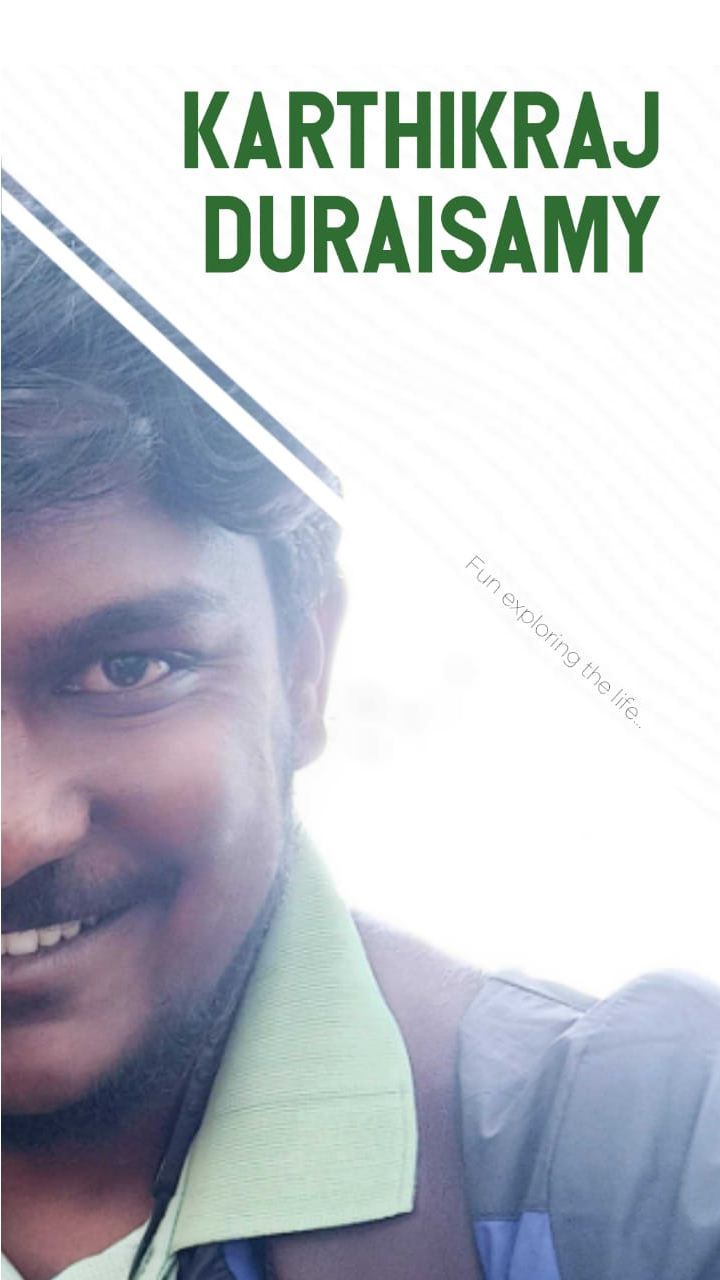 An effort reducing effort in Android OS for the users.

Android 7.1 release includes many interesting updates. App Shortcuts is one of them.

What is App Shortcuts: App Shortcuts is a list which will be shown on top of the launcher icon while it is long pressed. App Shortcuts allows the user to land a page directly in the app by long pressing and selecting through launcher icon. The only option we had to launch the MAIN activity by clicking on app icon has become more luxury to hold 5 more options to decide.In simple, it is an App launcher icon’s instant menubar.

It basically reduces the effort taken by the user to visit a particular page. Also, the user can long press to drag a shortcut to pin it the home screen. Which is called pinned shortcuts and user can add and remove. The app can disable the pinned shortcuts but cannot add or remove programmatically.

Below image will be obvious to understand how it works.

These shortcuts can be added statically through an XML file or dynamically by adding some piece of code inside the app.

Limitation: Maximum of 5 shortcuts can be accommodated per icon. Including both static and dynamic shortcuts.

I am going to share my experience on implementing App Shortcuts. Code for demo app is available on Github.

Basically, the app which will not contain any action items that might be changed based on user interaction can go for it. Static shortcuts are defined in the XML file. For these shortcuts, we cannot change the title, desc and images at run-time.

So, only way to update them is to have a new build.

We need to add the below XML file in ‘res/xml/shortcuts.xml’

The above XML file contains the new root element called shortcuts,  which will hold the list of shortcuts.

In the above XML file, notable items are

We need an entry in Manifest file. Here below the changes related to App Shortcuts In Android manifest file.

The ‘meta-data’ mentioned in the Android manifest file needs to be placed into the Launcher activity tag. That’s it. Now we can see the App Shortcuts for the app icon. See the result below, 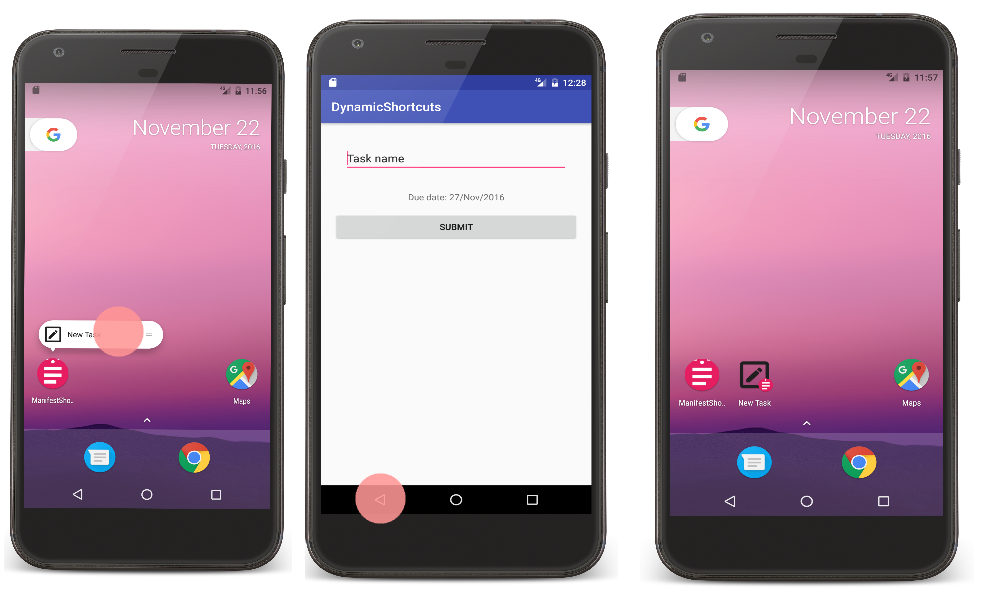 In case, we want to have some Activity to be listed in the back stack and when the user clicks on the back button we may need to take them to Dashboard or Main screen, then we can have a stack of ‘Activities’ in the ‘shortcuts xml’ like the below code.

In the above ‘xml’ code we have a list if ‘intents’ added for ‘shortcut’. The last intent will be considered as the Activity to launch when the shortcut is clicked. Above intents will be added to back stack, So that user will see the back stacked activities while they press the back button. See the result below, 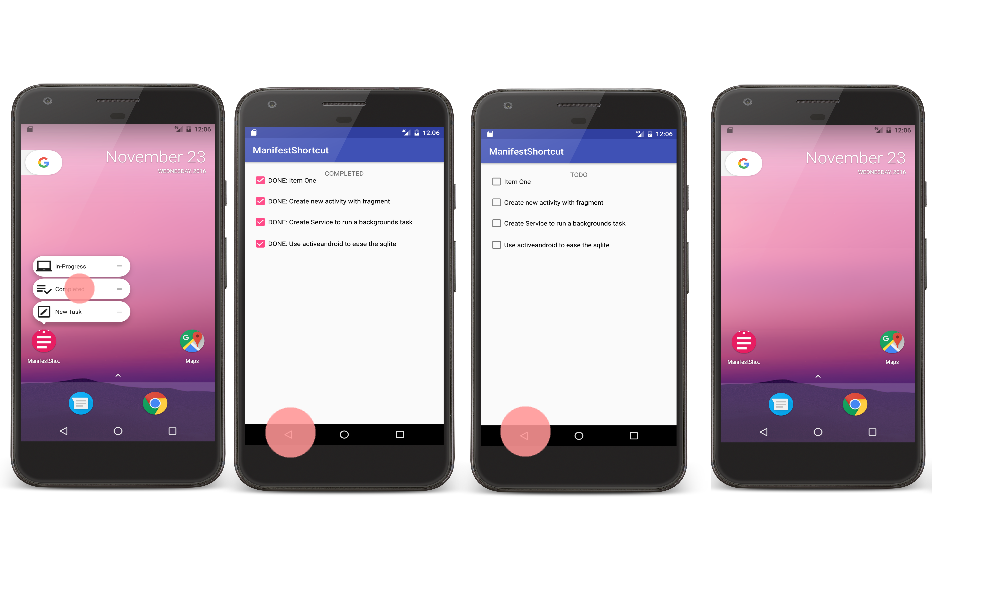 Note: While a shortcut is removed in an updated version and the same is pinned in users screen, the system will disable them automatically.

Dynamically adding shortcuts in ‘java’ code can be achieved by using ‘ShortcutManager’. Here below the sample code to achieve it,

That’s it. We have added dynamic shortcuts into the app. By running the app we can see the added shortcuts.

The result in below images, 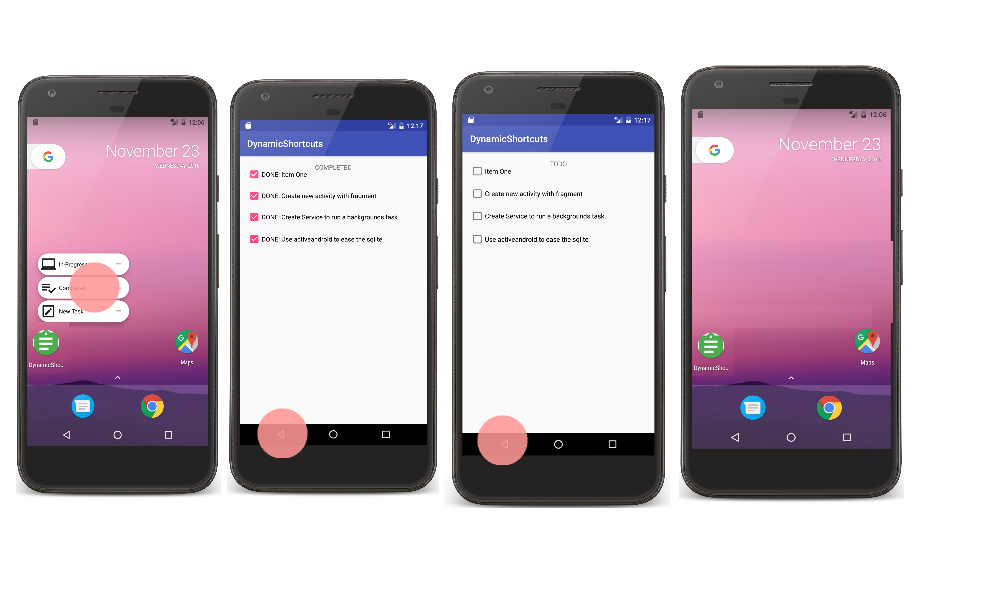 What if we want to update the existing shortcut?

udateShortcuts(List) method will do this trick.

What if we want to remove the shortcuts?

To Disable and Enable the shortcuts?